The Stress of Advanced Alzheimer’s Caregiving 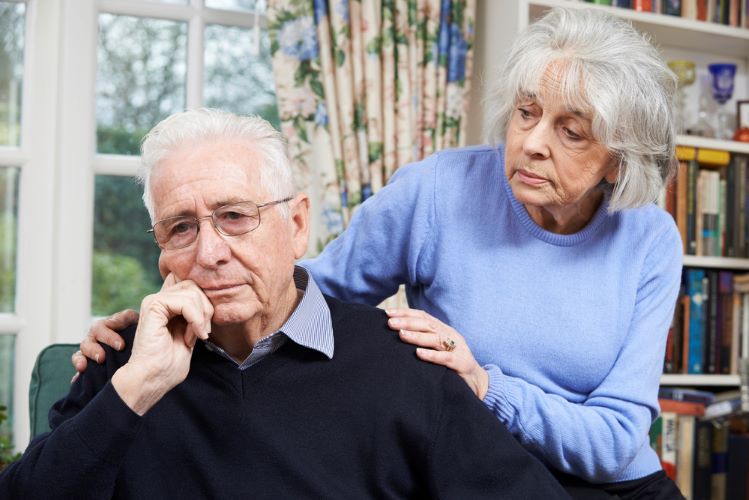 Sally and Tom had been married for 55 years. They met in college and enjoyed time together, traveling, raising children, and sharing a strong bond and partnership. When Tom started to forget little things, they chalked it up to normal memory adjustments often associated with aging. He would leave sticky notes in his home office to help remember things that normally he could recite with ease. As his memory seemed to decline more, Sally noticed a shift in his behavior. He would often become agitated and frustrated as also would seem normal in the situation of losing the daily autonomy and memory function of his youth.

When they received the initial diagnosis of mild cognitive impairment, neither one of them was surprised. Throughout their marriage they had discussed how they would approach caregiving and what was important to both of them. They were committed to caring for each other as long as possible and both had indicated that if the caregiving was too stressful, they would investigate an assisted living environment.

Sally was determined to keep Tom at home and manage his care. She had a vision of growing old together and did not want to give up on that vision. She reached out to get the assistance of a care manager who could help guide them through the diagnosis, including the physical, mental, spiritual, and keeping their home safe for both Tom and Sally.

Tom’s disease advanced and with that came a large shift in his physicality of frustration. He was stronger than Sally and was able to easily overpower her when he became angry. She knew it wasn’t her Tom, so she was able to manage it on an emotional and feelings level, but it was becoming more and more physically difficult to make sure that he had proper care. Their care manager was watching this increase and had a caring conversation with Sally about the need to search for assistance with Tom. They talked about whether having in-home help was best or moving to an assisted living would be best.

After a particularly physical encounter, Sally was injured. It was not intentional. She knew it was time to decide. She was heartbroken as the search began and felt like she had let Tom down. She was having a hard time fighting back tears with each visit. The care manager found a support group for Sally to join where she could learn that she was not alone and that the tough decision was the right one for both her and Tom.

A compassionate search began and a place that would be perfect for Tom was found. It felt like a home and the staff was very caring and specialized in physical aggression that accompanies Alzheimer’s with some individuals. Sally visits Tom every day. With staff available to help intervene in physical situations, she feels safe and comfortable during the visits. It is not easy to leave after each visit, and her heart is with Tom every day, but she knows that she made the best decision for both of them and she remembers their conversations about these choices. She knows she is doing what Tom would want her to do.

If your loved one has Alzheimer’s and you are unsure about where to start or it has advanced and you are struggling with decisions, a professional care manager knows the options available in the community. We would be happy to meet with you and discuss the options. Please give us a call at 850-894-6720 or email us at info@gcmsolutions.net. We’ll be happy to assist! 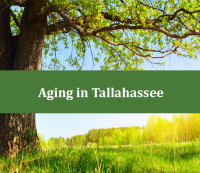